A No Sew Day

No sewing for me yesterday. I was in what my family refers to as "panic cleaning" mode yesterday as I had company coming for dinner. My husband and are were both adopted children and about ten years ago, we found his biological father. We only got to meet him once as he was living in Florida. He died about four months after we found him. Somewhat bittersweet, but Garry was glad he found him. The best part was that he found out he has a half-sister who lives about an hour from us here in Michigan. And, she's wonderful. Anyone who knows me at all knows that I'm very overprotective of my adopted daughter, Cindy. I've let her spend the weekend with my new SIL, Pam. That's a big thing for me. Anywho, Pam and her hubby came over and spent the day with us. My BFFL, is my kid says, Val and her hubby also came over for the day. Val's having her kitchen redone and can't cook, so I told them they can eat here til it's finished. They are family rather than company. It was a wonderful day. I grilled hamburgers and sausages, made salad, tater salad, fruit salad, jello whipped stuff, chips, dip, corn on the cob. Just a summertime meal. The company was wonderful and my new BIL told me it was "a meal fit for a king, and he was just my brother in law". What a nice compliment. The guys stayed in the house and we women wandered around outside looking at my flowers and mater plants and rasperries growing everywhere. Then we drug some lawn chairs under a tree and just sat and visited. It was so nice! Perfect day. Cindy loves Harry Potter and spent most of the day watching it in my sewing room. Cin did get a new top cut out to make. Best to do that with Val here because I do not sew clothes. Val does. I need to post a pic of Cindy's dress that she made. She got it done just in time to wear it on Father's Day. Garry thinks it is so cool that she loves sewing. I do too! I'm also grateful she has Val to help her with it....hehehheheeee
So, all in all....a no sew day.
Posted by BitnByAQuiltingBug at 7:30 AM

Sounds like a perfect day, with loved ones and great food.

What a lovely sounding day. You are so lucky to get on with your SIL and BIL. I can't be in the same room as mine for long.

What a wonderful day you had with family and friends! Can't wait to see Cindy's dress.
Kristie

BitnByAQuiltingBug
I'm a pretty happy person by nature and enjoy a lot of crafts and activities. I'm also sarcastic and enjoy a good laugh! Let me know you stopped by! 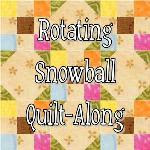 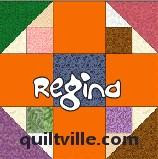